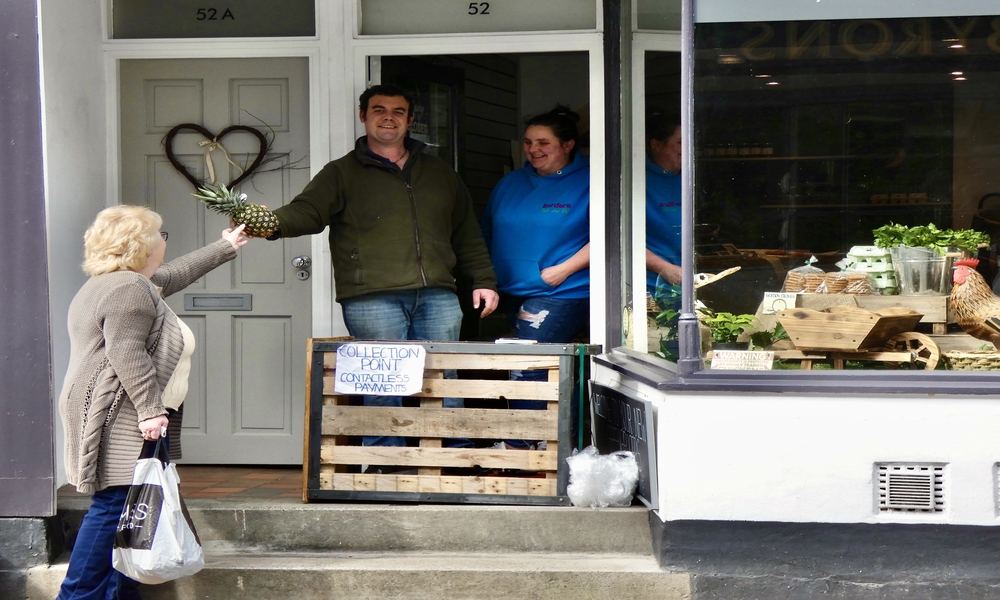 When Sarah Cutter and Scott Gardner opened their new greengrocers on the Kirkby Lonsdale high street, they expected trade to build slowly and gradually. ‘Three consecutive floods and a global pandemic’ later they haven’t stopped to draw breath. Four hours sleep is the norm for this hard-working couple as they provide the town and surrounding area with vital food deliveries. Kirstie Pelling found out how life changed overnight, both for Borders greengrocers and anyone shopping in Kirkby Lonsdale…

The day life changed for Borders

Sarah Cutter is recalling the day the UK went into lockdown. Most of us will look back on it as the day when time stood still. But for Sarah and her partner Scott Gardner life was about to go into fast forward.

“We got snowed under. My phone was going all day, all night, right through the night. People were wanting to join the milk round or add veg deliveries onto their normal order. We lost track of the diary and were writing stuff on paper bags. Then we ran out of diary and I had to stick extras pages in.”

The most bizarre moment for Sarah was when they sold a ton of potatoes in three minutes. “Literally three minutes. And over the course of a day we sold the next ton before it had even arrived, and then ended up with a waiting list for the third ton.”

Anyone who has seen them manage a market stall, a milk round and a shop in Kirkby knows Sarah and Scott work hard. But then they took it up another gear altogether.

“We used to start our working day between one and two in the morning and we now start between ten thirty and eleven at night. We need to make sure we are away from the flat, out of the warehouse and on the round before twelve thirty if we’ve any chance of getting it all out.” says Sarah. Going to bed at seven in the evening, they get just four hours sleep a night, and one night they didn’t get any at all.

“We got a phone call from our supplier to say he had no drivers and couldn’t send an order up on Monday morning. By which point we had nothing. So we had to get in the van, drive down to Preston, pick our orders up and wait for the Spanish stuff to come in. And by the time we got back it was time to start the milk round.”

Rethinking how to sell

With a full order book, the next challenge was getting everything delivered on time. Meeting massively increased demand meant a rethink on how they sold the fruit and veg.

“People were sending shopping list with ‘two of these, a pound of that, one of them, two if they’re small.’ It was taking us twenty minutes to half an hour to put individual orders together. We couldn’t do it; we couldn’t get through them all quick enough. Also as time went we didn’t know what was going to turn up. Today we didn’t get any broccoli or fine beans. It’s either just not there to get or the prices are too high.”

Mixed boxes became the solution, which is working well for both Borders and their customers.

“They ring up and order a veg or salad or fruit box or a mixture of all three. We can put them together real quick, write a name on it, they can just pull up in the car, use the card contactless reader, chuck it in the boot and go. In and out in five minutes; done.” Sarah explains.

The mixed boxes start at £10. “Most are fruit veg and salad. We also join with the bakery to do a ‘family mega-box’ with £15 of our stock and £15 of bread and cakes and eggs. We’ve done about 16 of them, and have another going out tomorrow.”

A new way of working together

Sarah estimates they have 400 or more households on the books, meaning the couple have to work very efficiently together, and not in the same ways as before.

“The only time we separate is when Scott takes the milk float and I take the van because we can’t do the milk round together any more. We used to put it all on one van and I’d drive and he’d jump in and out to try and make it quicker. But it’s taking around eight hours each now to get around everybody.”

I ask if they ever meet in the middle and wave. “Sometimes we do,” she laughs. “He’ll get on the milk float in Ingleton and come down the A65 to Kirkby. And I’ll start in Ingleton and do Clapham and then zig zag the A65 and pick up Ireby, Leck, Cowan Bridge, and the little lanes that take the milk float longer to get up and down.”

Only so many hours in the day

There’s not much time for chat or cosy nights in then? “It is a working relationship at the moment. We’ve only got so many hours in the day to actually get it out. We only come home to sleep. We haven’t cooked since New Years Day; apart from things we can slam in the oven like pizza and the telly’s not been on.”

And things are changing all the time. “Veg box- wise, we can’t deliver any more; as we can’t get any more on the van because we are so full of milk. And the milk round has now filled up to the point our supplier cannot supply us with any more.” Sarah explains. “They are at full capacity now. They can only milk so many cows.”

But on the plus side Sarah says they feel more connected to the town than ever, and they are both delighted with the thanks they’ve been shown. “Customers have given us two bottles of champagne as a thank you, we’ve had cakes made, and boxes of chocolates arrive. Plus loads of Facebook comments and feedback, lots of gratitude.”

They’ve also been called heroes but she says they don’t feel like heroes. “To us it’s a normal working week, just slightly different. We’re not setting the shop up and making it look all nice and hoovering up and opening the door and letting people in. Everything gets ransacked, the shop’s been destroyed, we are having to box everything at speed and throw the empty boxes down the stairs to deal with later. It’s not a pandemic to us, it’s just pandemonium really!”

But outside of their shop, Main Street can be silent and unnervingly still. “It was quite soul-destroying seeing everybody locking up around us saying ‘See you later Sarah, see you later Scott, we’ll see you the other side.’ And yes, sometimes we feel totally on our own, especially when Owain is shut. It’s bizarre, really bizarre. I wrote on Facebook to mark our eighth week that we had three consecutive storms followed by a global pandemic. But hey ho. You’ve got to start somewhere,” Sarah says, as she prepares to get her head down for four hours sleep before the start of another day.

Other shops doing food during the lockdown

A number of other shops, hotels and restaurants are doing takeaway food during the lockdown. See our full round up here.  Or read about how Kirkby Lonsdale community has been responding to the lockdown. 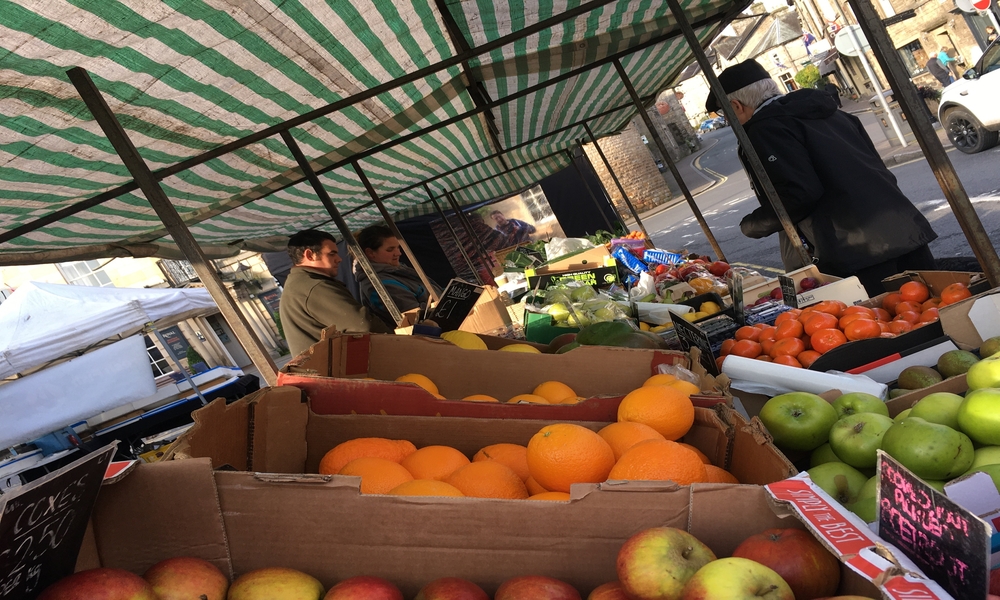 The town’s Visitor Information Volunteers and Guides share their ideas for things to do in Kirkby Lonsdale.