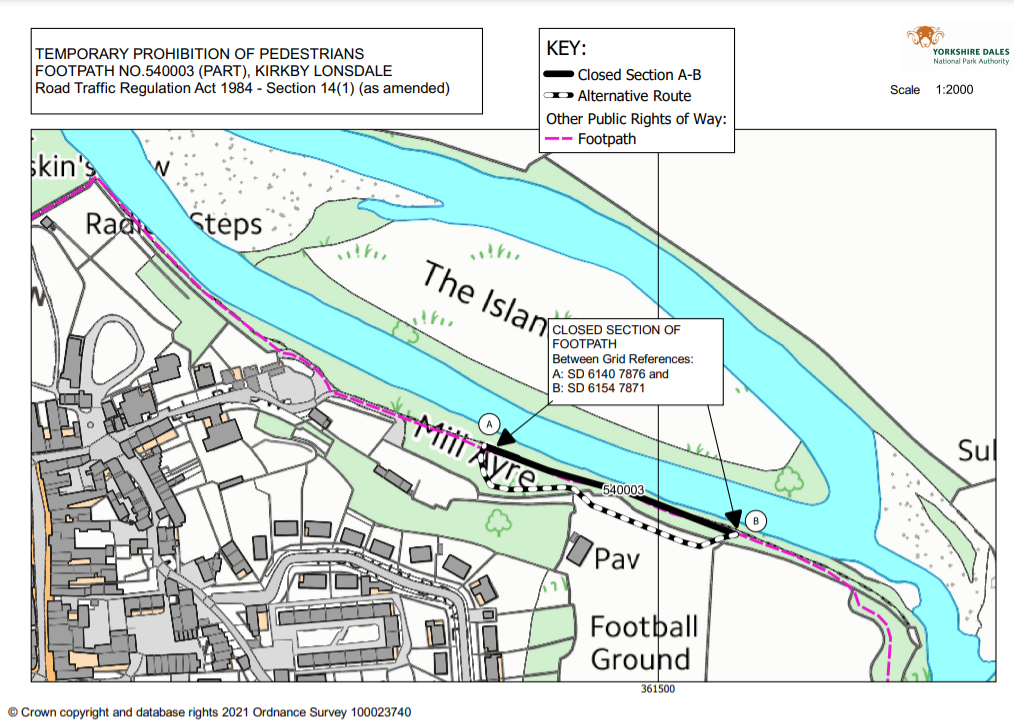 The Yorkshire Dales National Park Authority have advised Kirkby Lonsdale Town Council that work is about to start on repairing the riverside footpath.

With regard to alternative access for the public while works are in progress, we will be using land belonging to KLFC. This will be accessed by a scaffold ramp built from the footpath at the southern end of the work area. We will have another ramp built from the rear edge of Mill Ayre up the banking to the northern end of the KLFC plot . Between the two ramps, on football club land, we will have a temporary walkway put down to protect the surface.

The public footpath itself will be formally closed for the duration of works. A plan will go with the temporary closure notice, which we will put in place on July 12th. Hopefully it will make clear what is proposed!

We have to get everything in order so preparatory works will start soon. The scaffold ramps should be erected next week, with the temporary track put down the following week (beginning 5th July). The ramps won’t be in use until the formal closure of the path on the 12th. A compound will be created in that week at the southern end of Mill Ayre, between the scaffold ramp and the footpath, and materials and plant will be delivered and stored.

Actual works will start week beginning 19th July, and may last three weeks, depending on the weather. Once completed the ramps and trackway will be removed and any required restoration completed.