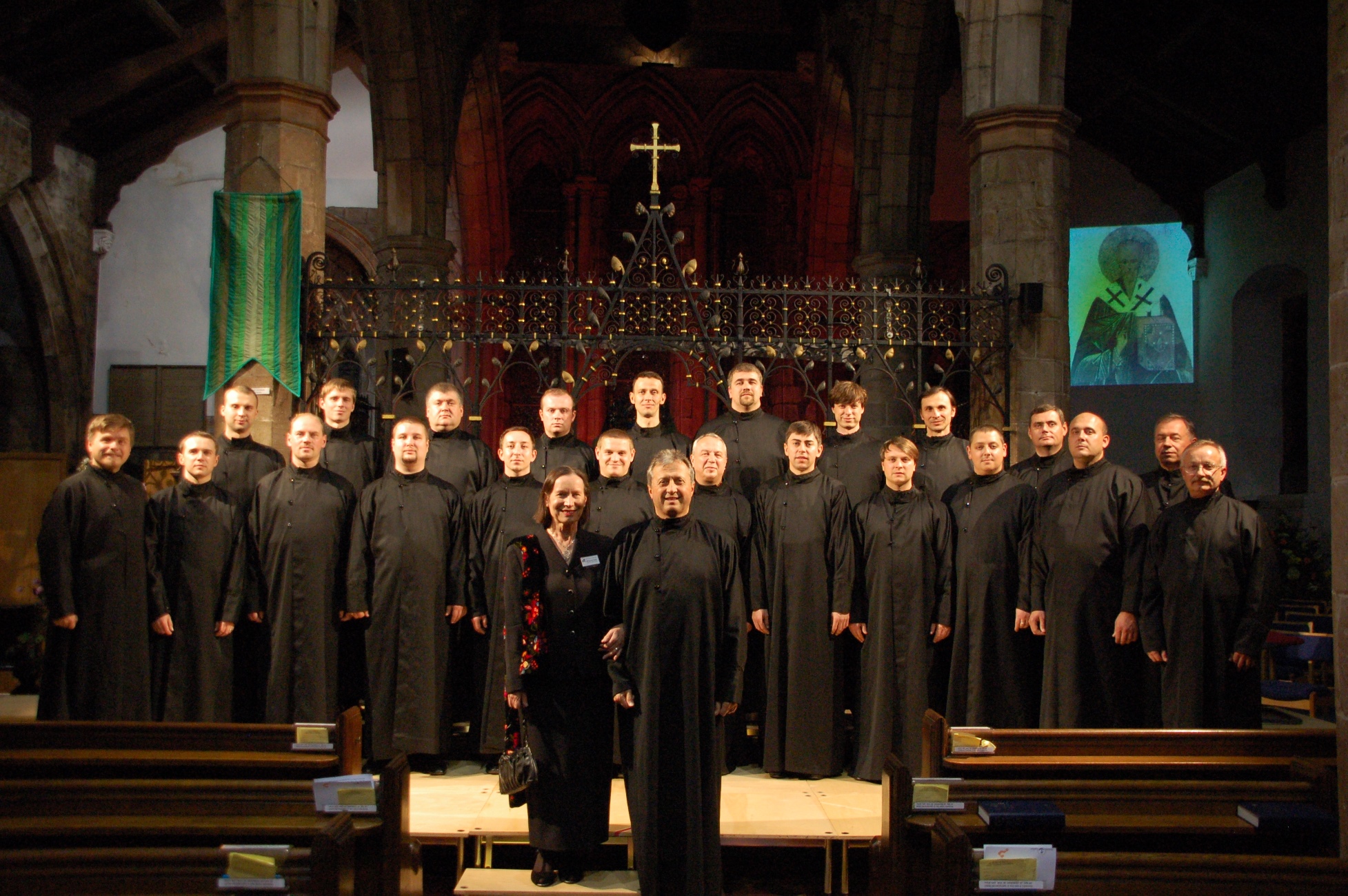 Boyan Choir are a Ukrainian choir from Kyiv who came to Kirkby Lonsdale in 2013 and 2015 and performed at St Mary’s Church. Many locals housed members of the choir while they were here and built relationships with them.

Therefore, Kirkby Lonsdale wants to do what we can to help raise money in aid of Ukraine during this difficult time, by selling CDs of the choir’s music at the Information & Gift Shop on Main Street.

All proceeds will go to the Revutsky Male Capella, a professional academic choir which all the members of the Boyan Choir are part of. 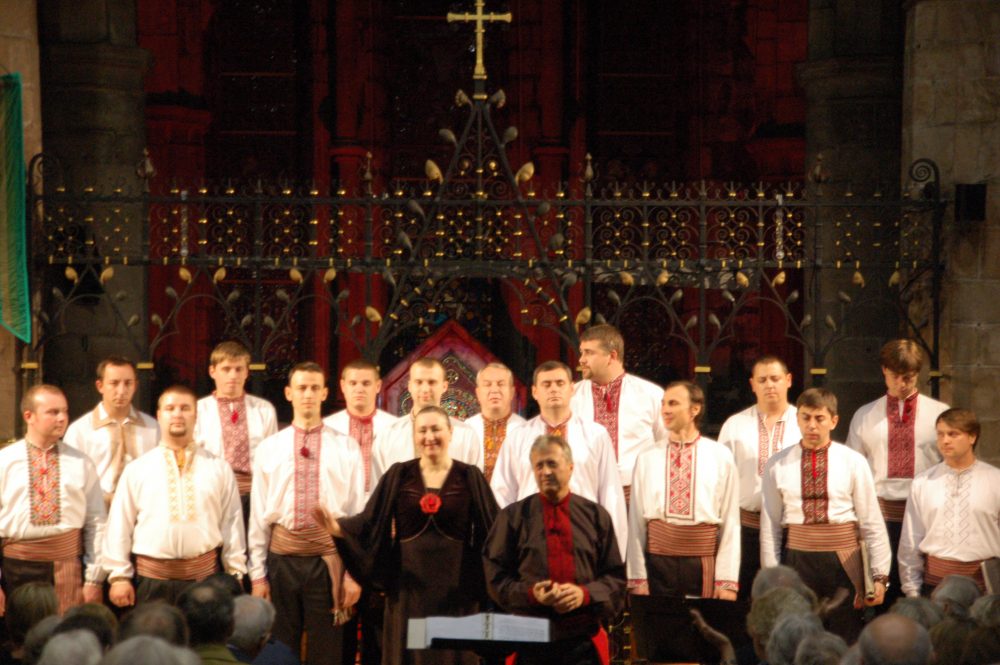 “As this terrible war in Ukraine drags on and  empathy for the suffering of the innocents runs high, there are concerted efforts by the British public to help Ukraine in any way they can.  As UK representative /Tour organiser for Boyan Ensemble for 23 years, I have an enduring concern for the welfare of this choir and have started a fund in support of the singers and their families: it has recently been confirmed that they have not received salaries since the Russian invasion and it is evident that they are experiencing great difficulties.

“I should explain that Boyan Ensemble was formed as the touring group of the Municipal Academic Men’s  Choir – Capella L.M. Revutsky”.  Some of the singers who toured in the UK are still employed by this leading male choir.  A smaller touring group has recently been formed, now renamed the Revutsky Vocal Ensemble of Kyiv, to fulfil a booking I brokered for an International Music Festival in Czech Republic. Unfortunately this important engagement with good fees has had to be cancelled because the Ministry of Defence has refused permission for the singers to leave Ukraine. Under Marshall Law male citizens aged 18-60 are required to remain in Ukraine!

“As a “Concert Institution of Culture”, the Revutsky Capella is funded by the Kyiv City Administration, but due to the ongoing war,  funding has ceased and there are serious doubts about the survival of this magnificent choir.  Currently the Choir office is closed, there are no rehearsals or performances.”

The Information and Gift Shop is selling Boyan Choir CDs in aid of Ukraine. Contact the shop to order your CD now: 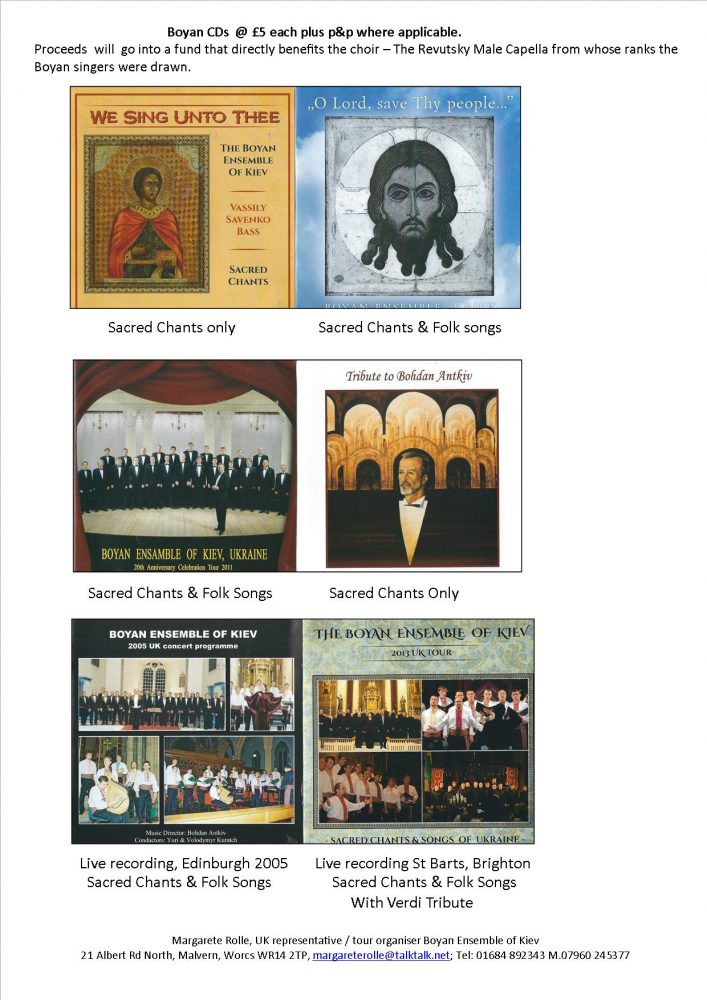